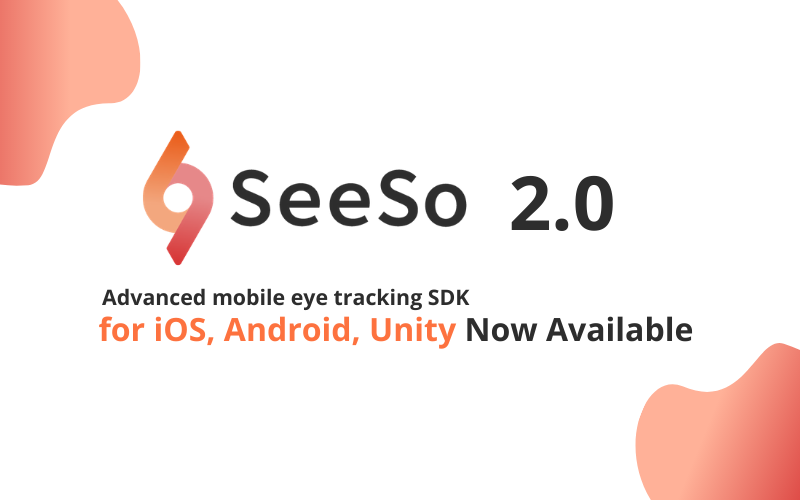 SeeSo is a mobile eye tracking SDK (Software Development Kit) for mobile app developers who want to apply eye tracking into their applications. By using gaze data, end users can control apps with their eyes and you can figure out where they are looking. With the current states of affairs and the demand for contactless and remote services ever increasing, eye tracking is being utilized to understand users’ focuses and monitoring functions to prevent fraud in mobile apps/web.

The release of the SeeSo 2.0 is only two months after the official launch of the SaaS (Software as a Service) platform in April to allow developers to easily manage the software.

Most notable about SeeSo 2.0 is the release for Android. In this release, the SDK for Android maintains eye tracking accuracy and stability comparable to the iOS version, and it will also support the Unity Engine for Android game developers. This is good news for IT service companies that want to apply eye tracking technology considering Android has a market share close to 70% of mobile users worldwide.

There is also an iOS version update. This updated version has improved accuracy by about 30% compared to version 1.0, and CPU computation is reduced by about 10%, so you can use gaze tracking technology more stably. In addition, the entire API was reorganized intuitively and a function was added to obtain processing data that distinguished gaze fixation and gaze movement values.

“At VisualCamp, we always develop our eye tracking solutions with users and developers in mind.,” said Yunchan Suk, CEO of Visual Camp, “For even more ease of access, we are currently developing a server-based solution so that any device, such as general computers with webcams, can utilize eye tracking next.”